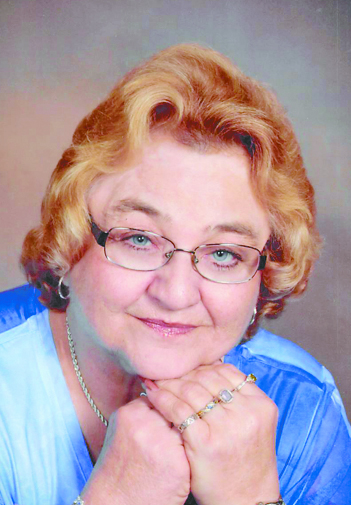 Judy Wollan, 75, of Mandan, N.D., passed away on Monday, July 25, 2022, at the Sunset Drive Long-Term Care Facility in Mandan, N.D.
Judith “Judy” Ann Wollan was born in Grafton, N.D., on Feb. 6, 1947, the daughter of George and Antoinette “Toni” (Quale) Wollan. She grew up and attended the country school in Keene, N.D., and later attended and graduated from high school in Watford City, N.D. Judy was planning on being a nurse when she met Dale Orf. The two were married for 22 years. She moved to where Dale ranched south of Watford City in the Badlands, next to the Little Missouri where they raised their two children. Roxane, born to them April 19, 1968, and Colette born on June 20, 1971.
In 1981, Judy’s father George remarried Florence (Sjol) and moved to New Town, N.D. Dale and Judy moved to Keene to run the Wollan family farm in 1982. Judy moved to Williston, N.D., in 1988 where she lived for the next 20-plus years.
She married Willard “Pugzy” Jeannotte in 1991. She later moved in with her daughter Colette, Shawn, and their kids in 2012. She was diagnosed with Breast Cancer in 2013, and chose to go through treatment, which was successful. In 2014, she moved to Mandan to be closer to her doctors for further monitoring. Although she missed Williston, and being close to her family and friends, she quickly grew to enjoy living in Mandan. She enjoyed her new church family at Cornerstone Church, her new friends and the community. She liked visiting with friends, decorating for every season and holiday, bright colorful flowers, butterflies and her snowman collection.
Judy was admitted from the ER into Sanford’s Hospital on June 5, 2022. She went in for pain from cracked ribs from a fall. It is at that time they discovered masses and through further testing she was diagnosed with cancer, Multiple Myeloma.
Judy is survived by her daughter, Colette Orf of Bainville, Mont.; brother, Jim Ness of Minn,; grandchildren, Ben Orf, Jess (Logan) Eggiman, Marlee (James) Schmitz, Kodi Bilquist, Bronc Bilquist; and her many great-grandchildren.
She was preceded in death by her parents, George and Antoinette (Quale) Wollan; stepmother, Florence (Sjol) Wollan; daughter, Roxane Hurley; and brother, Alvin Wollan.
Judy’s Memorial Service will be held Thursday, Aug. 4, 2022, at 2 p.m. at the First Lutheran Church in Keene, N.D. Pastor Keith Ritchie will officiate. Friends may call one hour prior to service time at the church.
The Funeral Service will be live-streamed. You can view Judy’s service directly on her obituary page on the website www.fulkersons.com
Fulkerson Stevenson Funeral Home of Williston is assisting the family. Condolences may be left on the funeral home website at www.fulkersons.com.