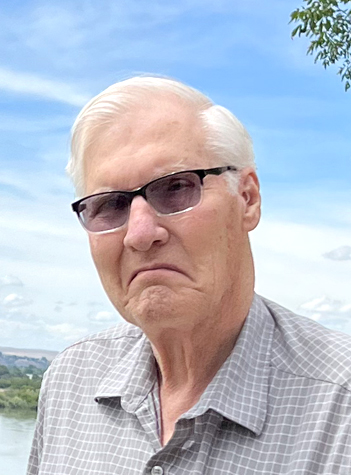 Jerome “Jerry” Anderson of Portland, Ore., (recently relocated to Redmond, Ore.), passed away at the age of 87, on Saturday, July 2, 2022, surrounded by family and loved ones.
Jerry was born July 25, 1934, to Telford and Marie Anderson, where he grew up on the family farm in Watford City, N.D., with his three younger siblings: Mert, Skip and Lou. He graduated from Watford City High School in 1952.
After he married Ruby Anderson in 1968, they made their home in Portland, Ore., where they remained happily married for 47 years. Jerry taught sixth grade for several years and he also coached several different team sports.
Jerry and Ruby were blessed with three children, Jim, Corey, and Kari, eight grandchildren and six great-grandchildren, all of whom he loved and adored tremendously. Jerry was known for being a wonderful handyman that everyone called when they needed a helping hand, and his ever-present sense of humor found its way into almost any occasion. His friends were countless, and he enjoyed many activities with them. Among his favorites were pinochle and going out to breakfast, both of which he enjoyed regularly, even at the age of almost 88.
Jerry will be missed tremendously and remembered for the incredible impact he had on so many lives. Jerry is survived by the above mentioned siblings, children, grandchildren and great-grandchildren, as well as a daughter-in-law, two sisters-in-law, and nieces and nephews in both California and North Dakota.
His Celebration of Life memorial service will be held at 2 p.m., Aug. 15, 2022, with a reception following. The service will be at Lynwood Friends Church, located at 835 SE 162nd Ave., Portland, OR, 97233.
In lieu of flowers, please make donations to: Wycliffe Bible Translators Inc., an important cause to which Jerry donated regularly.
PO Box 626211
Orlando, FL 32862-8211
Ministry # 200401-RG
Milton & Becky Jones