A soldier’s quest for infinity and beyond 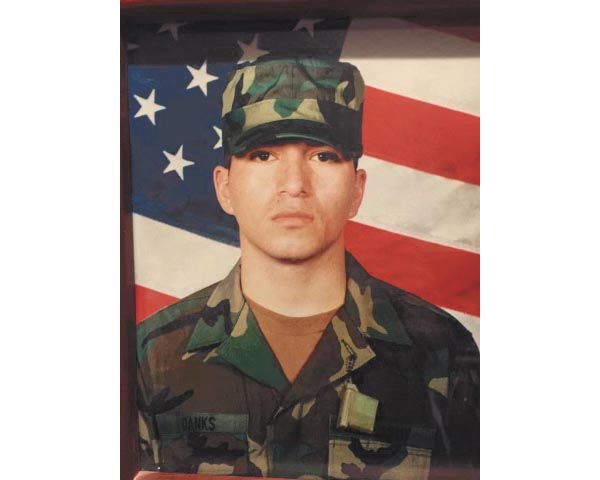 “It was a good experience unloading airplanes. It was hot,” says Preston Danks, of his time in the U.S. Army.
After moving from New Town to Killdeer in the 5th grade, Danks grew tired of the slow-paced life so he joined the United States Army hoping to travel abroad and experience other cultures.
“My sister and brother-in-law were in the military and my brother-in-law  was actually a parachute rigger,” he says. “So speaking with them and coming from a small town, it was definitely something I wanted to do.”
After graduating from high school in 2001, Danks wanted to join the military. But his mother was apprehensive.
“My mom didn’t really want me to go after hearing about the war and the fighting. It was definitely a scary time,” he says.
Respecting her wishes, Danks went off to college for a year. But he says it wasn’t his cup of tea.
“I wasn’t mature enough yet,” he says. “I needed to grow up a little bit and the military is definitely something I’m grateful for because it helped me grow up.”
After talking to a recruiter in Dickinson, Danks enlisted in the United States Army in early 2003 and completed boot camp at Ft. Benning in Georgia.