4-H to use online auction for livestock sale 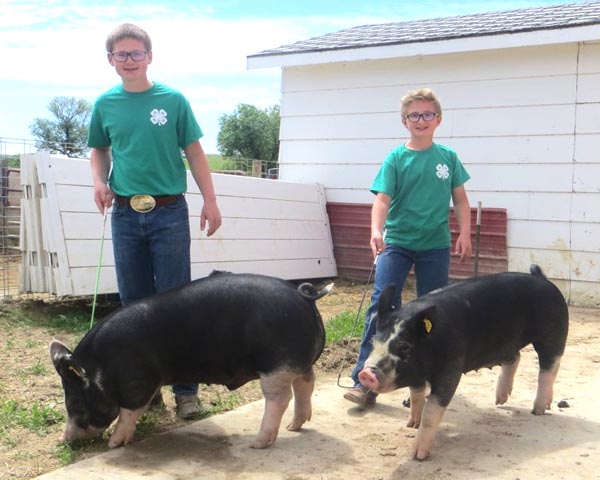 For the first time ever, an online auction will be held for McKenzie County 4-Hers who normally sold their livestock at the McKenzie County Fair. The auction will be held at 2 p.m. on Friday, June 19, after the fair board announced last month this year’s county fair would be cancelled due to COVID-19.
“Having a way to offer all of the programs that we have had in the past for our sale just wasn’t feasible to hold in person this year,” says Devan Leo, McKenzie County Extension agent. “Due to sanitizing and our weigh-ins having to be groups of less than 10 people that would’ve been tough.”
And when you’re dealing with large animals such as cattle, sometimes you need more than 10 people to load and unload them, Leo says.
“It just wasn’t going to be feasible to have one family come in and weigh that steer and then wipe down all the gates and the scale and get the steer loaded back up,” states Leo. “Then that family has to be all loaded up and gone before the next family repeats the process.”