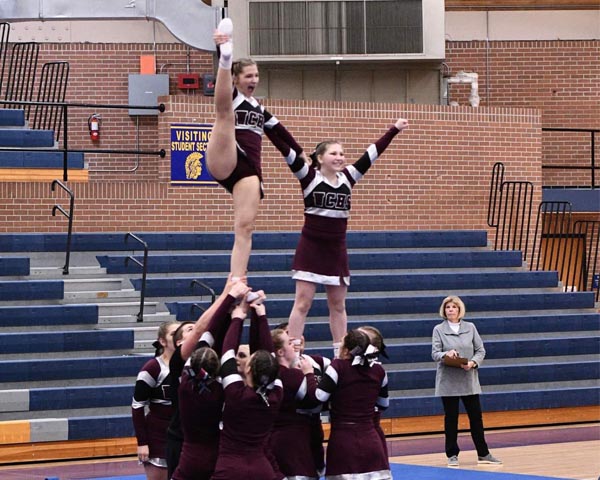 “It doesn’t even really feel real. I’m still just like woah, we really did that,” says Maria Halliburton, Watford City High School (Wolves) varsity cheerleader.
After a journey of many lows, a team that was once invisible became center stage as the Watford City High School (W.C.H.S.) varsity cheerleaders took home the 2021 North Dakota Cheer Coach Association State Fall Cheer Competition Class A Championship title on Nov. 13.
“I’ve watched them go from sideline cheerleaders to champions,” says Patrice Bumstead, Wolves Varsity Cheerleading assistant coach.
After years in the making, Bumstead would become one of three coaches to get a front row seat to the cheer team’s transformation.
“Coming off of last year, not placing and having the bigger schools make fun of us, then coming back and having our school do the same, it became their comeback/underdog year,” says Kari Stuart, Wolves Varsity Cheerleading assistant coach.
While there’s really no other way to put it, for the last four years, the team had become all too familiar with failure.
“People didn’t even know there was a cheer team in Watford City,” says Bumstead.