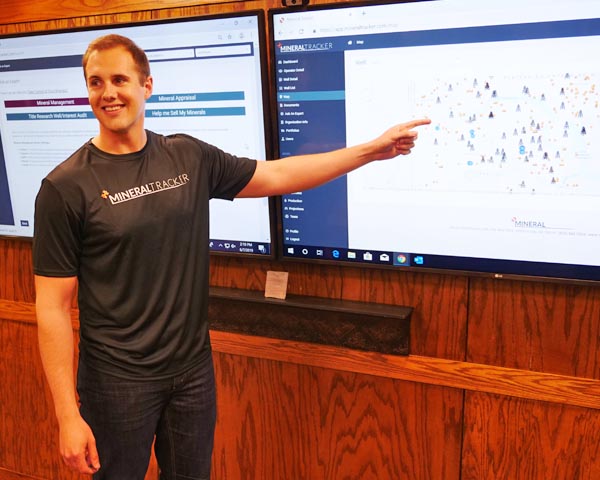 Since it was formed in 2017 by Jeff Kummer and Joel Brown, Watford City-based MineralTracker has been a highly successful company that has developed a priority software that allows mineral owners in the Bakken to organize, audit, and track royalty income for their mineral interests.
And their expertise in understanding the Bakken play in North Dakota has landed the company the single largest mineral owner in the state - the North Dakota Department of Trust Lands.
“The Department of Trust Lands is the largest mineral owner in North Dakota, and probably the United States,” states Joel Brown, MineralTracker co-founder. “They own 2.6 million net mineral acres in North Dakota and have an interest in 7,700 wells, which is about 40 percent of the wells in the Basin.”
Brown says that MineralTracker was the only North Dakota company that responded to the state’s Request for Proposal to help the Department of Trust Lands determine a valuation of its extensive mineral ownership. The two other companies that submitted RFPs were both out of state.
“We’re proud to have been selected,” states Brown. “Considering we’re from Watford City and in the heart of the Bakken, we’re happy to get the contract. It’s a real feather in our cap.”