Taco John’s pulls out of Watford 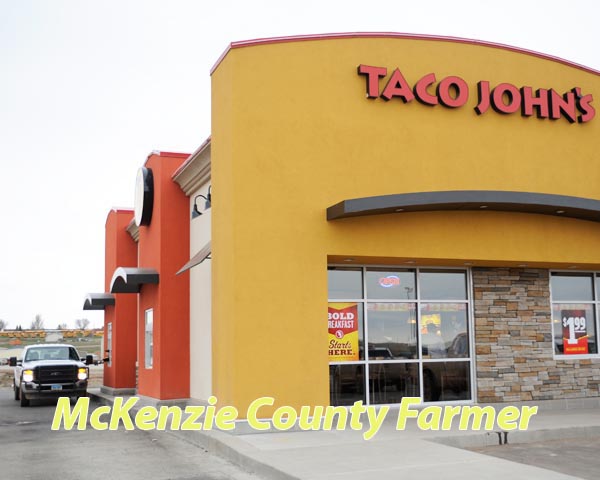 By Neal A. Shipman

Just six years after Taco John’s opened a location in Watford City, area residents were shocked to read a sign announcing the immediate closing of the fast food restaurant on the business’s front door on Thursday, July 2.
The restaurant opened its doors on May 1, 2014, by the Preferred Restaurant Group (PRG), which holds the franchise on multiple Taco John’s locations in North Dakota, Montana, Missouri and Idaho. At that time, it was the first fast food restaurant in Watford City with a drive-through.
According to Wendy Howe, PRG director of marketing, the decision to close the Watford City store was based on a decline in traffic and sales.