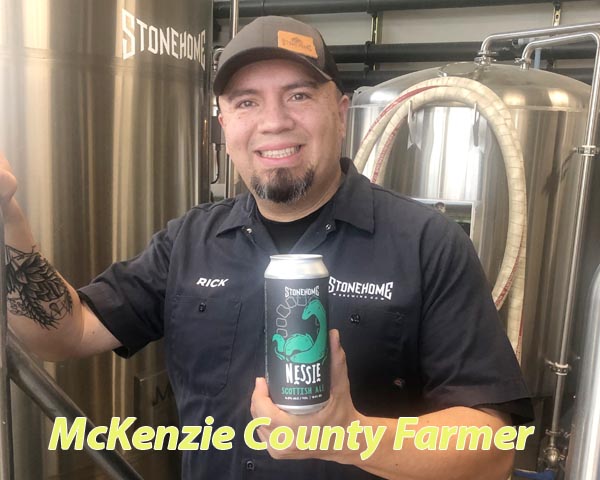 Stonehome Brewing Company in Watford City was recently springboarded to national recognition after head brewer, Rick Diaz, took home the gold on Feb. 18, after one of his crafted brews won ‘Best of the Midwest’ at the United States Beer Tasting Championship (USBTC).
“This award just shows that even though we’re in a small market, we’re still producing a great quality product,” says Louise Skaala, Stonehome Brewing Company marketing director.
While Diaz brews a wide selection of beers, it was his Nessie Scottish Ale that caught the judges’ attention after evaluating over 450 different craft beers.
“Scottish Ale is a darker beer,” Diaz says. “It’s sweeter, and a little smokier as opposed to a light beer which is more crispy and easier to drink.”
And Diaz is happy to go on record saying that there’s one type of beer in particular that’s his favorite to brew up.
“IPAs are my favorite,” grinned Diaz. “They’re fuller bodied.”