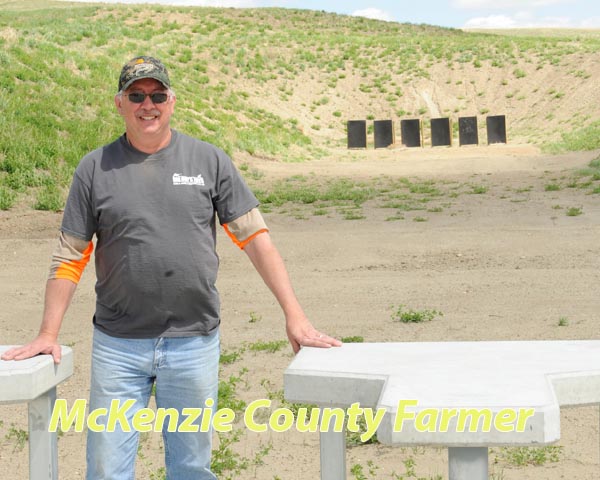 McKenzie County residents have been without a shooting range ever since the Badlands Shooting Club’s gun range on the east side of Watford City was closed by a court order in October of 2104 because of public safety concerns following stray bullets hitting buildings owned by neighboring property owners.
But that is about to change as the McKenzie County Sportsman’s Club is poised to open its new range by the end of June.
“The last piece of work that is still waiting to complete is pouring the concrete around the trap houses,” states Nevin Dahl, McKenzie County Sportsman’s Club president. “We hope to have that work completed by June 20. And then the range will open.”
According to Dahl, the club has spent approximately $900,000 on the new facility during the initial phase of construction.
The new range, which is located approximately six miles southeast of Watford City on land donated by Brooks and Carol Kummer, will feature gun ranges for shotguns, rifles and handguns.