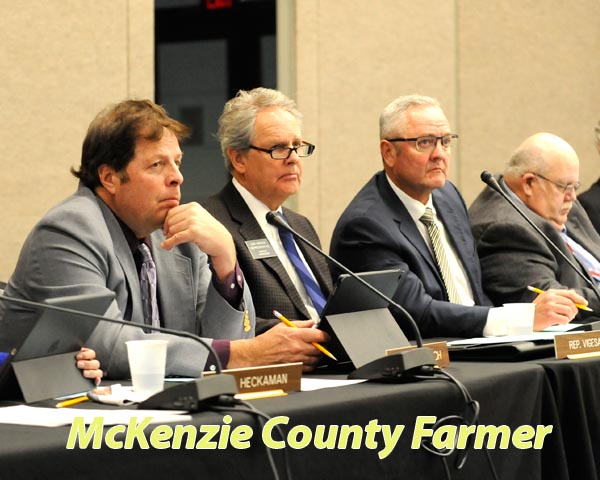 Members of the North Dakota Legislature’s interim Legacy Fund Earnings Committee came to Watford City seeking input on where the state should spend the earnings on its $6.86 billion oil tax savings account. And for nearly six hours, the 11-member committee heard a steady stream of pleas from western North Dakota residents urging them to use the funds to help build schools and roads, develop workforce training sites, enhance tourism and provide tax relief.
Since it was approved by North Dakota voters in 2010, the Legacy Fund has grown to nearly $7 billion with funding coming from 30 percent of the state’s oil tax revenues. As created, the Legislature could not expend any of the fund’s principal or earnings before July 1, 2017. Now the Legislature can use up to 30 percent of the principal every two years, but only with a two-thirds approval by members of the House and the Senate. The 2019 Legislature authorized the Legacy Fund Earnings Committee to reach consensus on how to use the earnings, which so far have been used to balance two biennial budgets and backfill a shorted state school aid fund.
Every western North Dakota school district administrator, who attended last week’s committee hearing, shared the same concern that their schools are overcrowded and that the districts have been unable to pass local bond referendums to meet their growing student numbers.