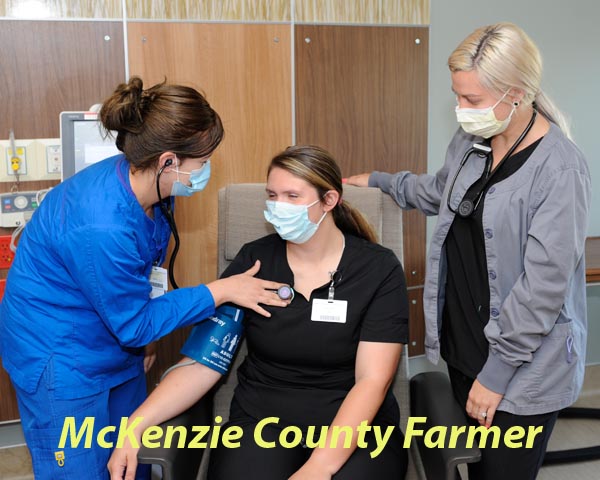 Thanks to a new program that was launched last year, McKenzie County residents who wanted to study to become a licensed practical nurse (LPN) at Williston State College (WSC) were able to do their clinic training at the McKenzie County Healthcare Systems, Inc. (MCHS).
And for two Watford City women, who completed their clinical rotations at the McKenzie County Hospital on Thursday, July 15, and received their LPN pins during a pinning ceremony at WSC the next day, being able to do their rotations locally was a tremendous benefit. Not only did it save them time and travel, but it also introduced them to the place that they ultimately hope to work.