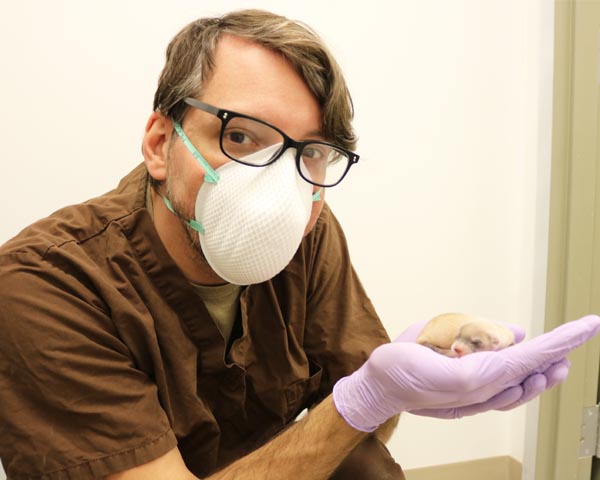 For the first time in the history of the United States, scientists have successfully been able to clone a  black-footed ferret, a species that the United States Fish and Wildlife Service (USFWS) declared extinct in 1979.
And for Ben Novak, a 2005 graduate of Alexander High School and who now serves as the lead scientist with Revive & Restore, the birth of Elizabeth Ann on Dec. 10, 2020, has been the highlight of his career in using biotechnology to help preserve endangered species. Elizabeth Ann was created from the frozen cells of “Willa,” a black-footed ferret that lived more than 33 years ago.